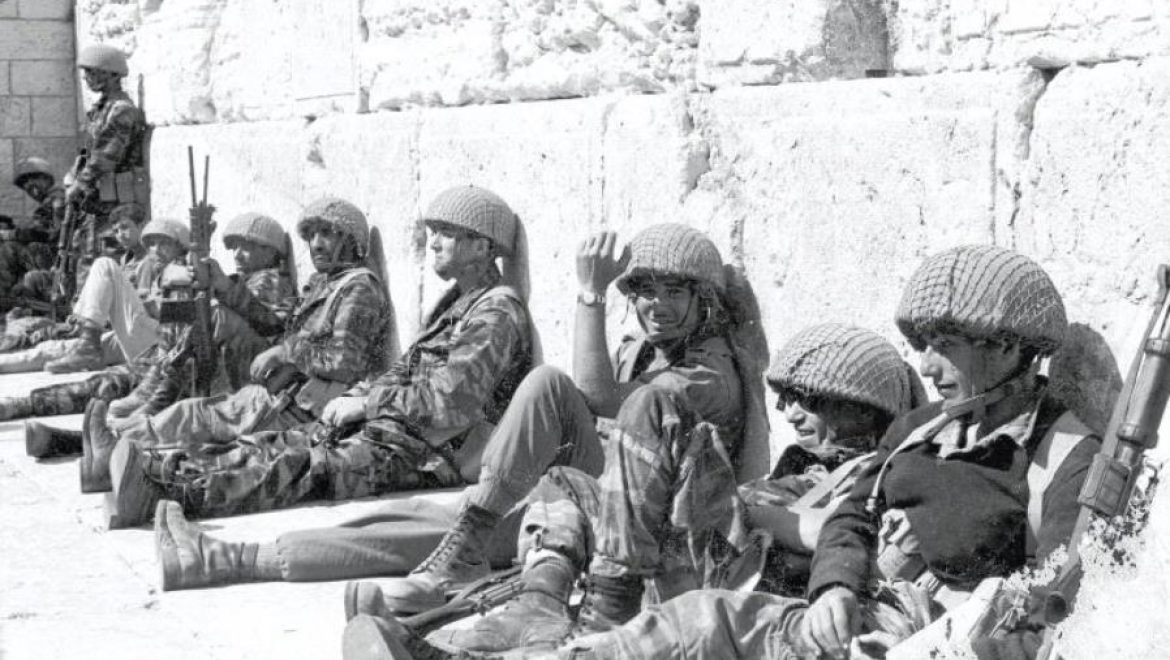 An excerpt from a longer article about the liberation of the Western Wall in the Six Day War in 1967 and the Israeli commitment to preserving freedom of worship for all at Jerusalem’s holy sites, this post presents moving quotes from military, political and religious leaders about the signficance of the Western Wall coming under Israeli control. This article is from SixDayWar.org, operated by CAMERA (Committee for Accuracy in Middle East Reporting in America).

“For some two thousand years the Temple Mount was forbidden to the Jews. Until you came — you, the paratroopers — and returned it to the bosom of the nation. The Western Wall, for which every heart beats, is ours once again. Many Jews have taken their lives into their hands throughout our long history, in order to reach Jerusalem and live here. Endless words of longing have expressed the deep yearning for Jerusalem that beats within the Jewish heart..You have been given the great privilege of completing the circle, of returning to the nation its capital and its holy center…Jerusalem is yours forever.”

“The Wall was before us. I trembled. There it was as I had known it—immense, mighty, in all its splendor…overcome, I bowed my head in silence.”

“I felt truly shaken and stood there murmuring a prayer for peace. Motta Gur’s paratroopers were struggling to reach the Wall and touch it. We stood among a tangle of rugged, battle-weary men who were unable to believe their eyes or restrain their emotions. Their eyes were moist with tears, their speech incoherent. The overwhelming desire was to cling to the Wall, to hold on to that great moment as long as possible.”

“I am speaking to you from the plaza of the Western Wall, the remnant of our Holy Temple. ‘Comfort my people, comfort them, says the Lord your God.’ This is the day we have hoped for, let us rejoice and be glad in His salvation. The vision of all generations is being realized before our eyes: The city of God, the site of the Temple, the Temple Mount and the Western Wall, the symbol of the nation’s redemption, have been redeemed today by you, heroes of the Israel Defense Forces. By doing so you have fulfilled the oath of generations, ‘If I forget thee, O Jerusalem, may my right hand forget its cunning.’ Indeed, we have not forgotten you, Jerusalem, our holy city, our glory. In the name of the entire Jewish people in Israel and the Diaspora, I hereby recite with supreme joy, Blessed art Thou, O Lord our God, King of the universe, who has kept us in life, who has preserved us, and enabled us to reach this day. This year in Jerusalem – rebuilt! “

–General Shlomo Goren, Chaplain of the Israeli Defense Forces, at the Western Wall