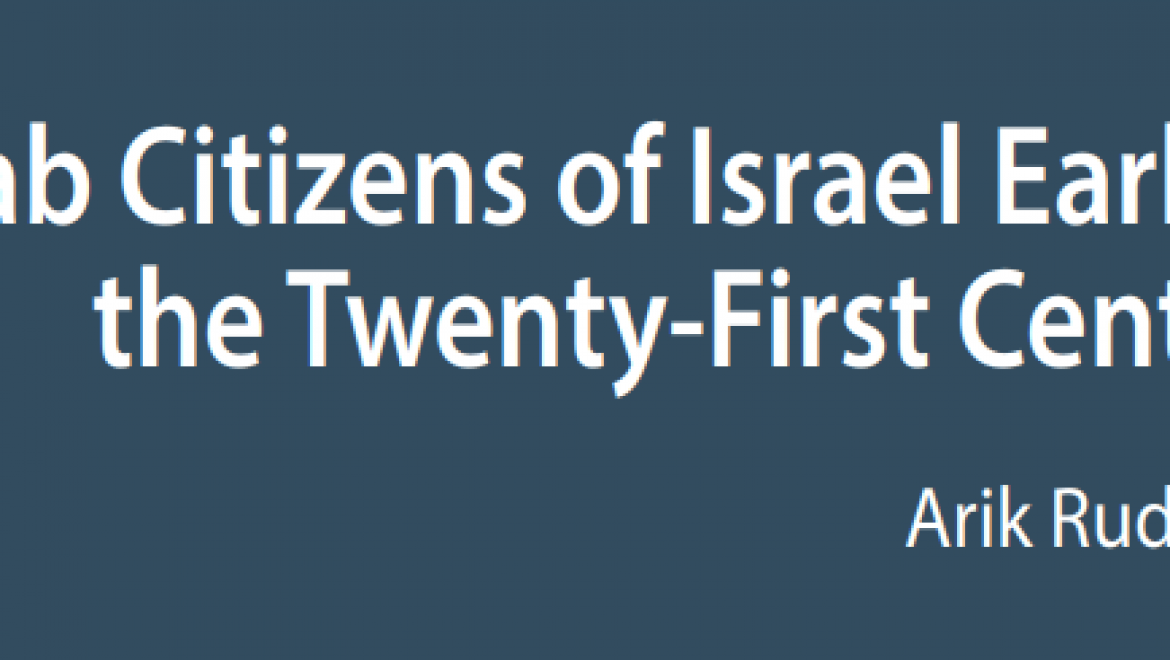 Written by Arik Rudnitzky, project manager of the Konrad Adenauer Program for Jewish-Arab Cooperation at the Moshe Dayan Center, this 137-page long study assesses the political and social situation of Israel’s Arab citizens early in the twenty-first century, and lists some of the most important literature in the field of recent years. For a summary of the topic addressed in each chapter, see the following excerpt from the author’s introduction:

This memorandum surveys the political and social developments in Israel’s Arab society, which have had a formative influence on the national discourse of the Arab minority since the 1990s. The first chapter offers basic data on the Arab population in Israel. The second chapter, which is the core of this memorandum, addresses the political and ideological changes in Arab society over the last two decades. It analyzes the patterns of political behavior of Arab citizens in this period, changes in the national discourse in Arab society, and patterns of organization of Arab civil society. Chapter 3 of the memorandum discusses recent governmental policies on the country’s Arab population. Chapter 4 reviews the social and economic profiles of the Arab population in a broad range of areas, including health, education, economics, poverty, and unemployment. The final analytical chapter describes the main trends in Jewish-Arab relations in the past decade. It is followed by a conclusion that includes key policy recommendations. An annotated bibliography of the major studies written in recent years on the issues covered in the memorandum closes the work.