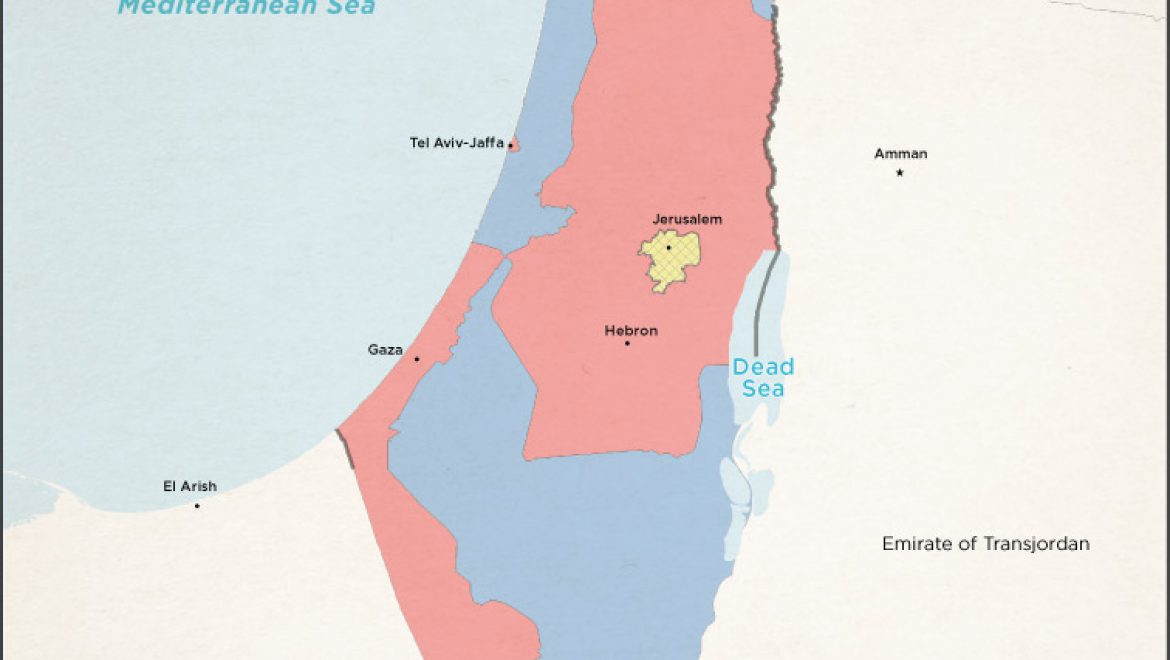 From the website of the Israel Ministry of Foreign Affairs, this post presents three useful maps in understanding the development of the State of Israel’s borders and the War of Independence: a map of the UN Partition Plan (1947), a map of the Arab invasions that began the Arab-Israeli War of 1948, and a map of the armistice line from 1949 until the Six Day War in 1967.

Following Britain’s decision to end the Mandate’s government in Palestine in 1947, the United Nations Special Committee on Palestine suggestion the division of the land into two separate states – one Jewish, one Arab – with Jerusalem under international administration. On November 29, 1947, the UN General Assembly voted to adopt the Partition Plan, which was accepted by the Jewish leadership and rejected by the Arab leadership, who increased their attacks against the Jewish communities, together with paramilitary militias from surrounding Arab nations. 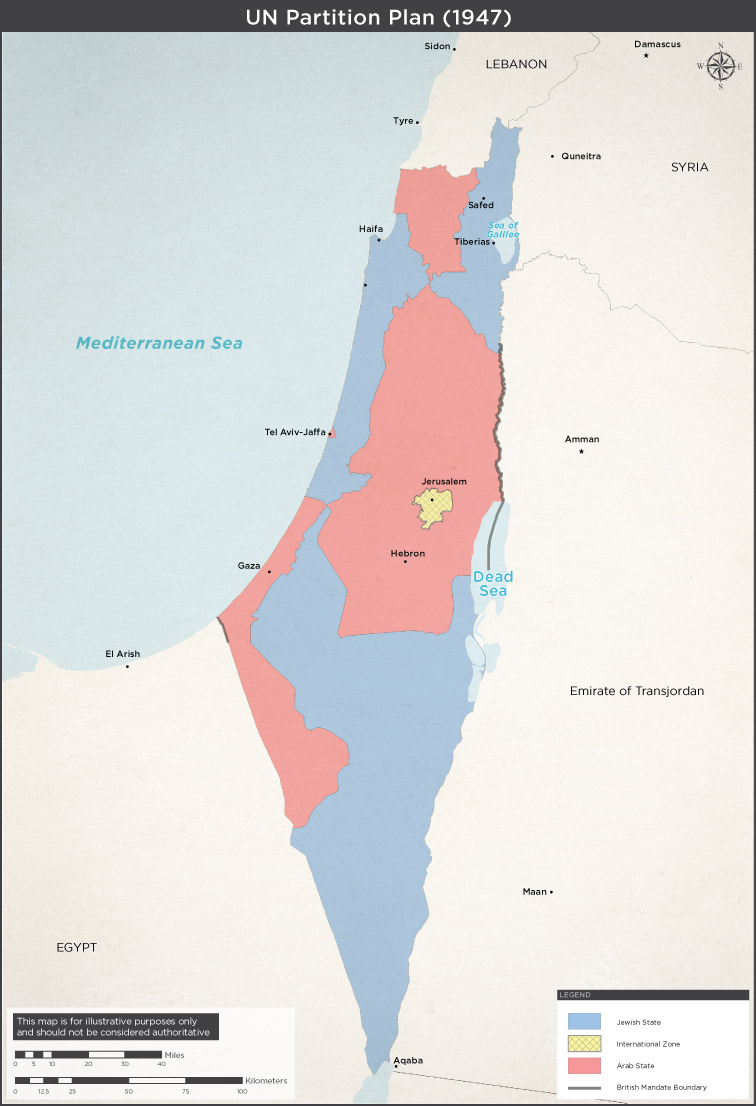 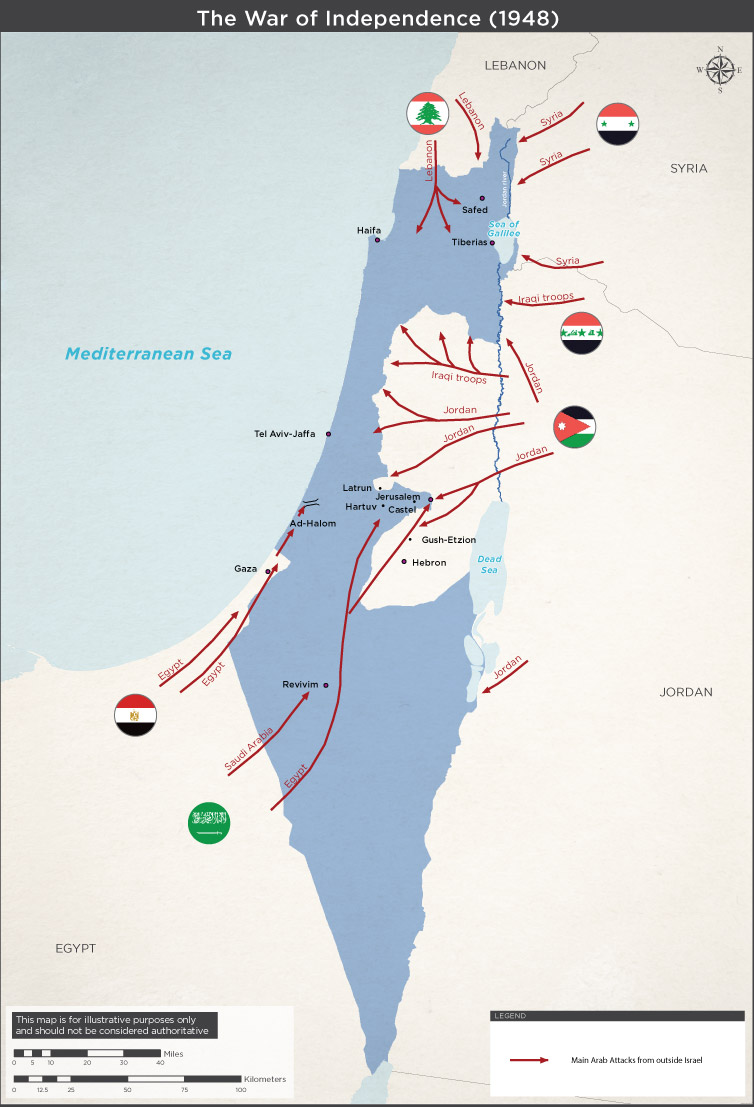 Armistice Lines (1949-1967)
Following Israel’s successful defeat of the Arab armies during the War of Independence, the UN mediated armistice agreements between Israel and the neighboring Arab countries of Syria, Lebanon, Jordan, and Egypt, declaring the official end of the War of Independence and the interim borders of the State of Israel, often referred to today as The Green Line. These remained the borders of the State of Israel until the Six Day War in 1967. 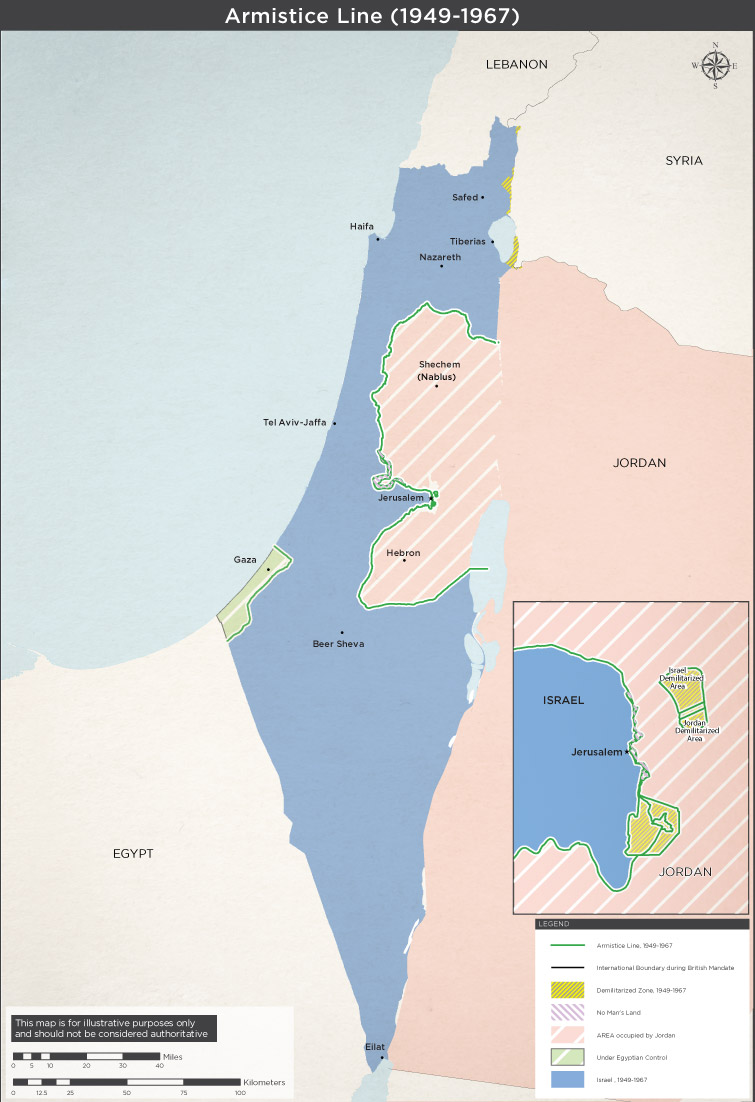