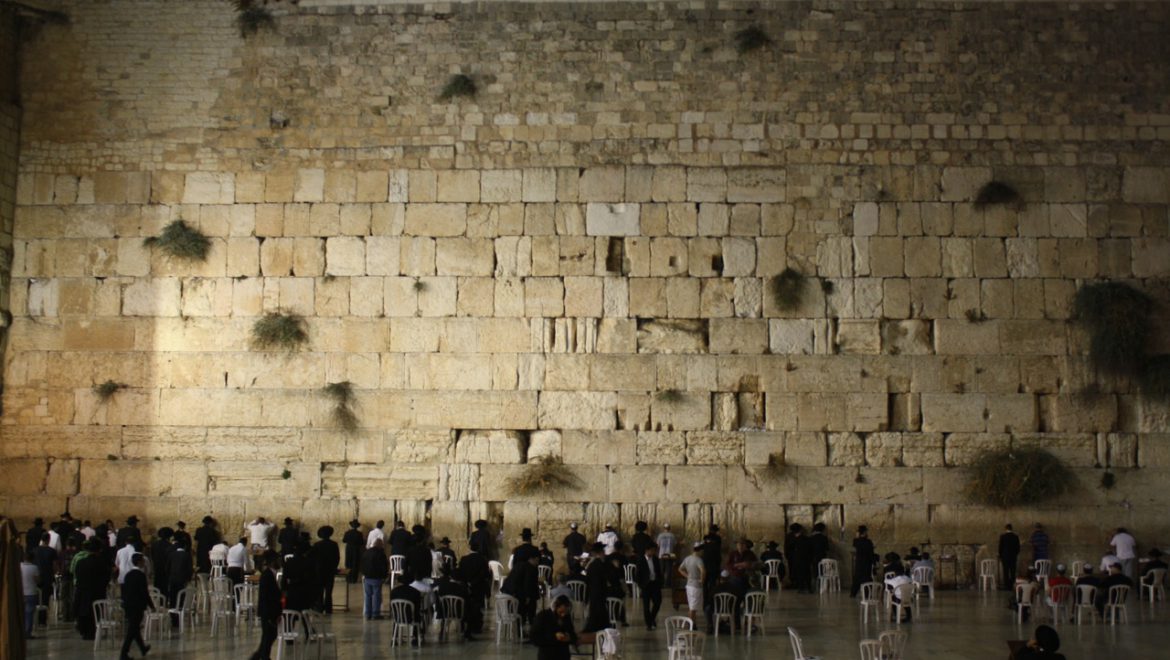 This poem by Anthony Shacknofsky conveys the significance of the Western Wall through a poetic summary of the history of this sacred site, from the days of the Temple, through destruction and exile, to the Jewish return in modern times. Originally published in Poetica Magazine in 2014, this poet was shared on AllPoetry.com.

Within the land of Israel,
There lies an ancient wall.
It’s found in Old Jerusalem,
Beyond her gates so tall.

That wall was once a temple,
Built up by Hebrew hands.
A shrine where they could worship,
The Lord in the Holy Land.

Then Rome attacked Jerusalem,
With fire, spear and sword.
They razed with pagan fervour,
The City of The Lord.

They sacked the holy temple,
Exulting in its fall,
And left behind a remnant,
The sacred Wailing Wall.

Two thousand years of waiting,
Were spent in silent prayer,
That all future generations,
Would be free to worship there.

Rejoice ye sons of Israel,
The Lord has heard our call.
Return to Old Jerusalem,
And worship at the Wall.