This post presents ten political cartoons published before and during the Six Day War. Contributing to fear in Israeli society and the confidence in Arab society, the images all depict the Arab nations threatening, crushing and destroying Israel. 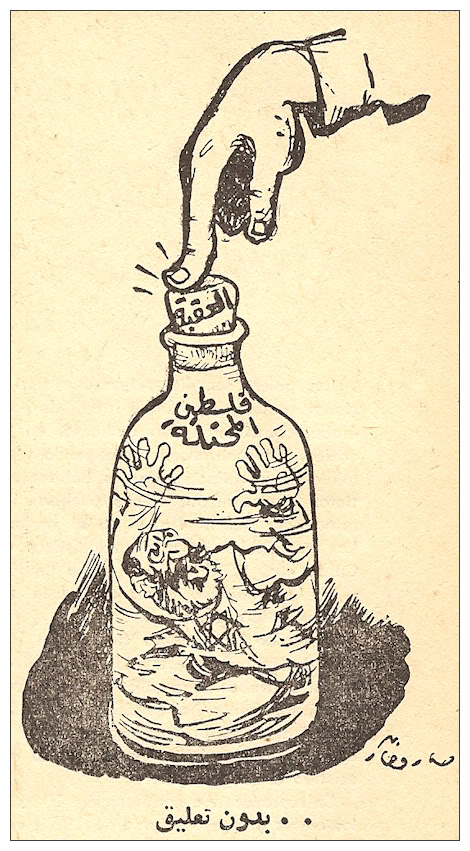 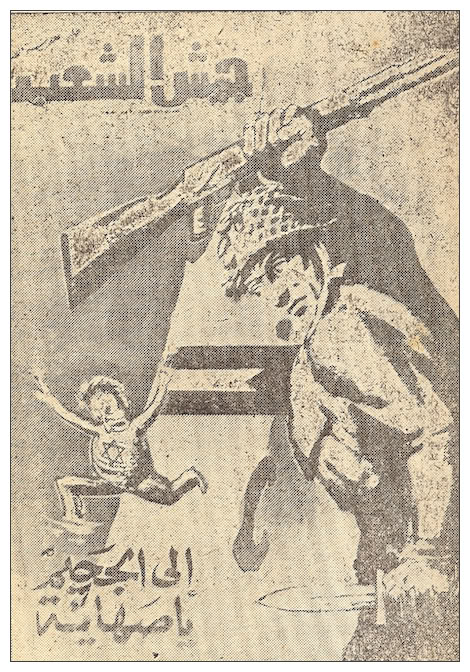 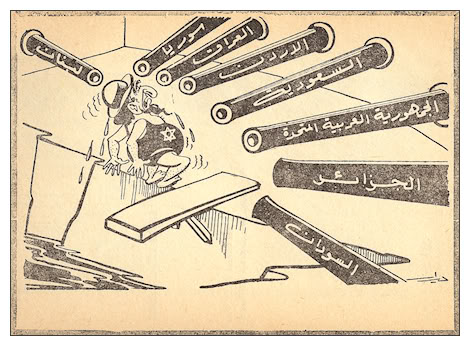 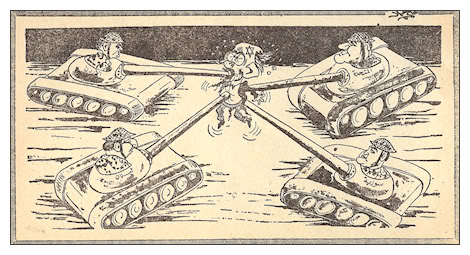 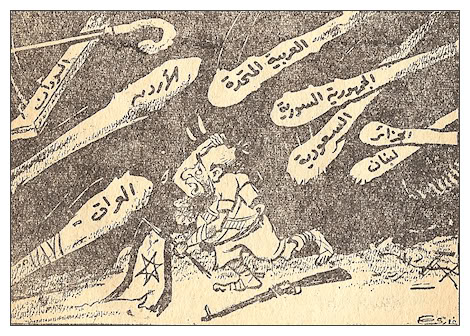 The clubs fall on the head of Israel: Israel asks: Where can I run? Al Goumhourya , Baghdad, June 6, 1967 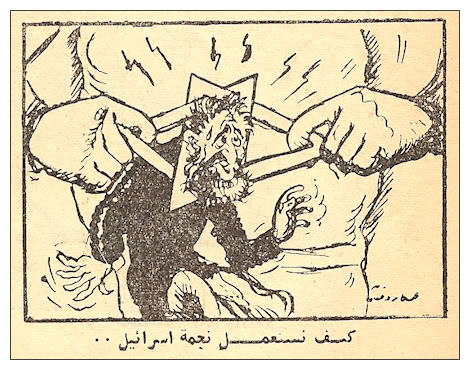 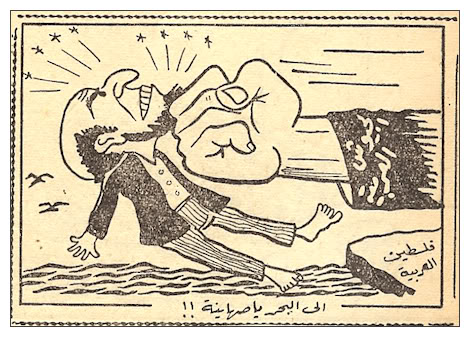 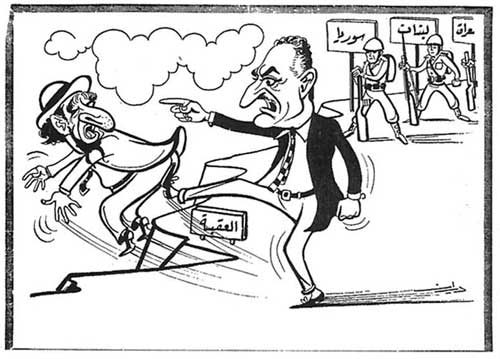 Nasser kicking the Jew (Israel) into the sea, with the armies of Lebanon, Syria and Iraq supporting him.  Al-Farida, Lebanon